In this conference video, Andy Hunt explains the rationale and vision for The GROWS® Method. 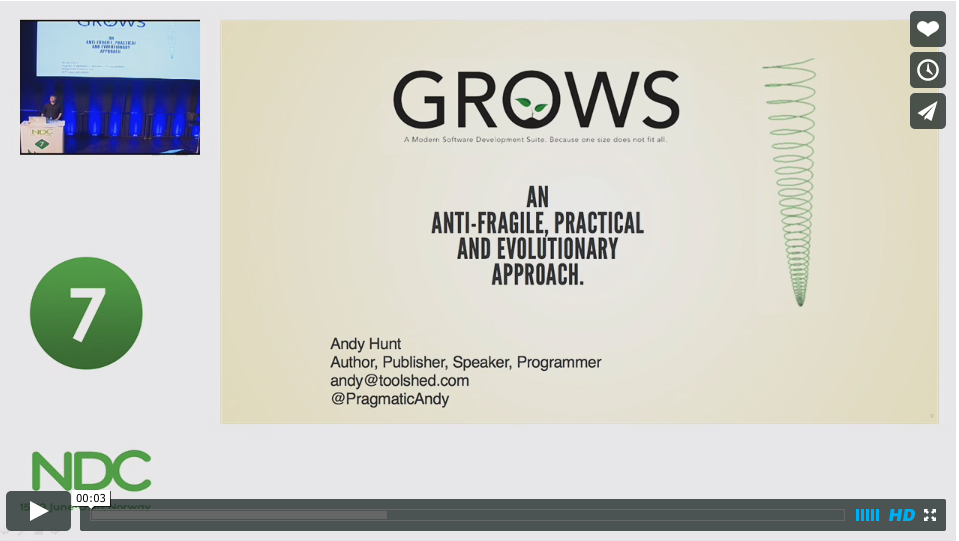 (Apologies in advance for the audio quality; the mic picked up an excess of mouth noise).

The Norwegian Developers Conference has been inspiring developers since 2008. This year’s event was held in Oslo, Norway, from 15-19 June 2015.

Estimations are rarely correct and often abused. Instead of arguing over estimation or the “no estimates” movement, we avoid the whole mess and work with projections instead. In GROWS, Executives gain real-time transparency and accurate projections based on real data instead of insisting on some weak form of low-accuracy predictions.

“Control is both an illusion and a delusion. Control is for beginners.”—Deb Mills-Scofield