Team agreements allow members to specify how they will work and interact with each other. Ad-hoc or gradually-formed agreements don’t necessarily cover the required topic areas. Often, they are not examined critically and are only tacitly agreed to. Better to create agreements deliberately when the team forms and review/revise using AnswersFromExperiments.

Steps to first adopt this habit:

After a team forms using SmallStableTeams the team needs to agree how to work together.

With the team gathered:

Team foundations get created using SmallStableTeams. Now the team members need to determine how they will interact, make decisions, and work together.

Team agreements enable the team to create the environment needed to be successful. The team should create their agreements when they form and understand how their work ties into the Vision. Proper facilitation helps as the team works building their agreements. Ideally the facilitator has experience with teams, and is not the team manager. Even when managers are aware and try not to influence the team, it’s possible their presence will influence the new team’s behavior.

Team agreements allow members to explicitly state how they will work together. The results of the Adoption Experiment might look like this: 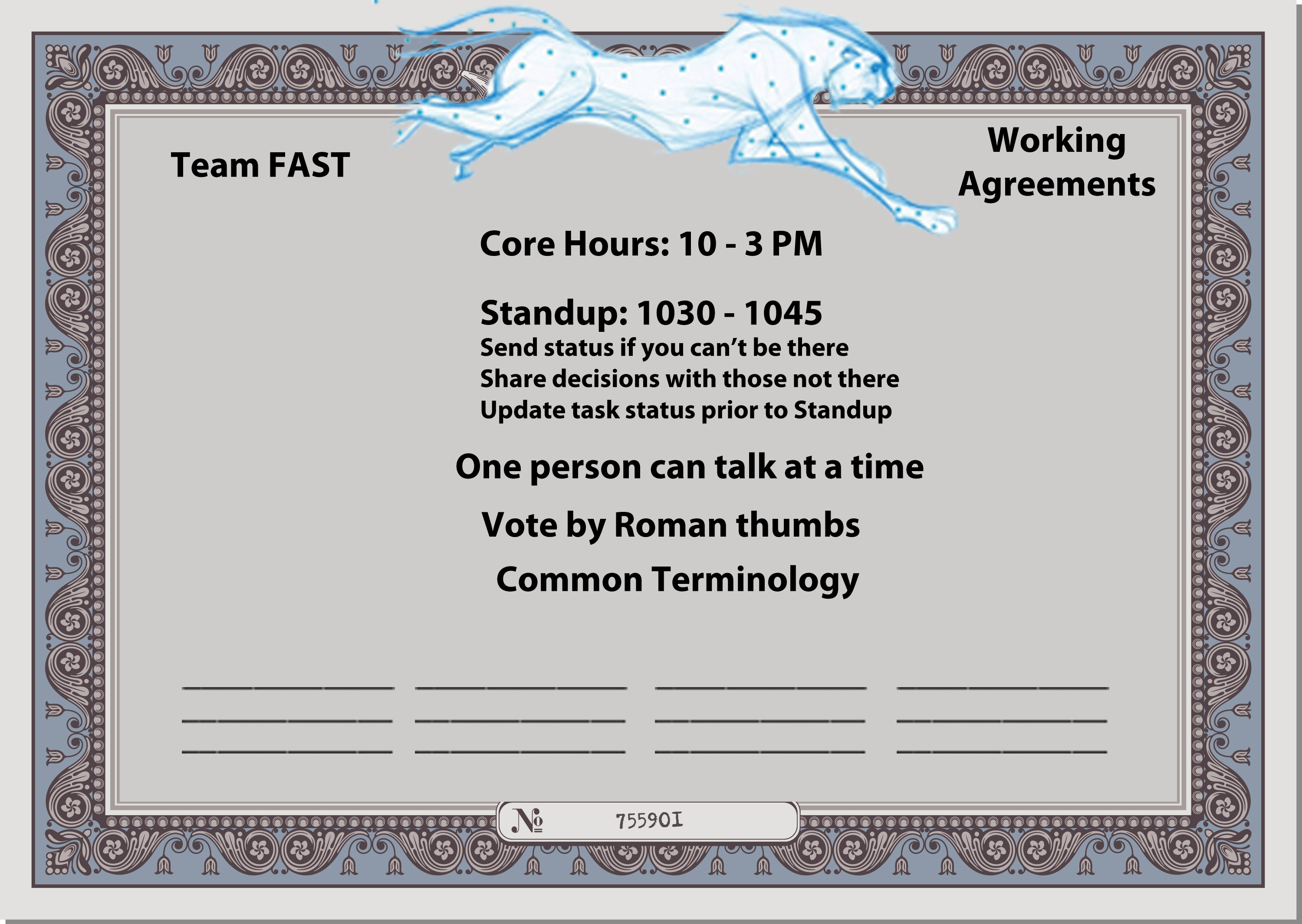 Rather than attempt to list every possible item for an agreement, pick 4-6 of the agreements most important to the team. Then AgreeToTry. As time goes by, some agreements will become habit, and some might not be as important as originally thought.

How To Fail Spectacularly