CritiqueDontReact to the develop"> Must Be Present

Steps to first adopt this practice:

The basic software development work flow is deceptively simple. It looks like 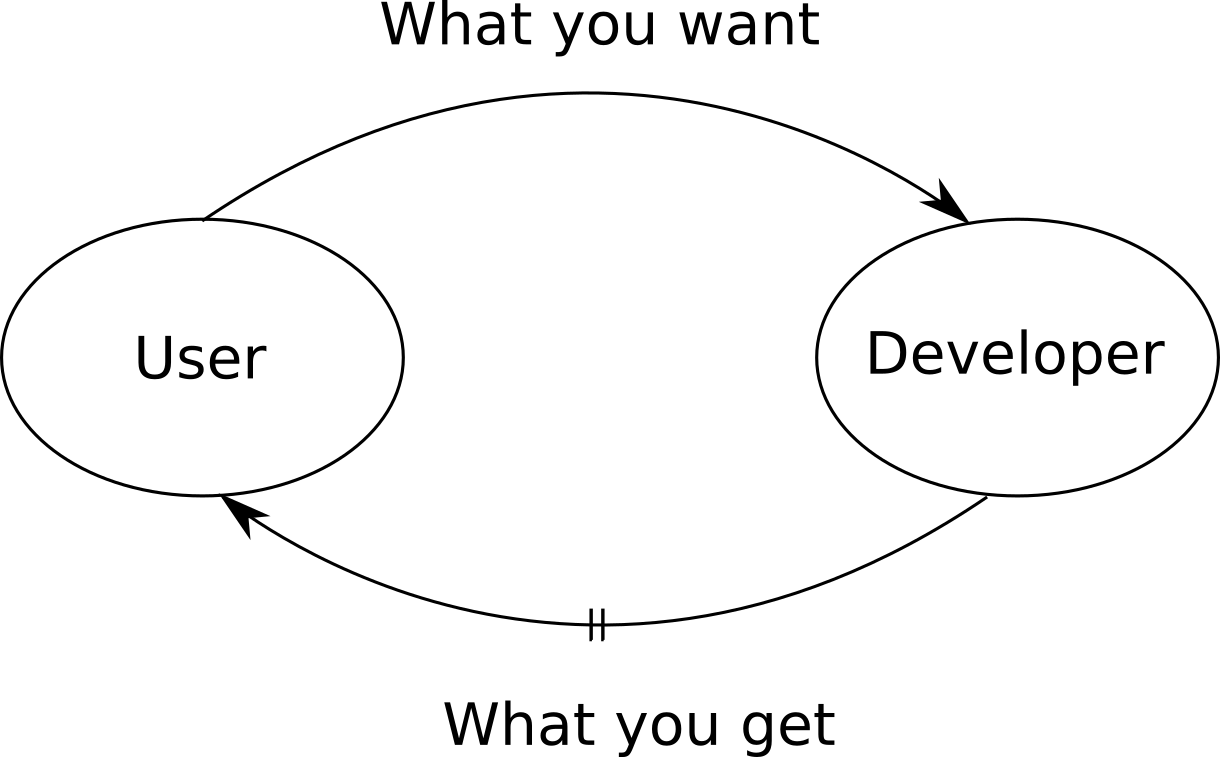 The problem occurs when someone else tells the user what you want. Historically, software development has many people who are happy to talk with you and then tell the developers what they think you want.

Thirty years ago we had systems analysts, business analysts and others translating user needs into requirement documents. Developers would read these documents, make assumptions about what the analysts meant and create the necessary screens/code/databases to fulfill their understanding. Testers would then read the documents, run the system and try to resolve the differences between their understanding and the developers’ understanding. Eventually (often a year or more) the user finally sees the system, and wonders what happened.

This leads to a game of “telephone.”1

What you want gets garbled as it passes through multiple people. Not maliciously, but none the less, you don’t get what you want or need.

In more modern times, we have Product Owners telling teams what you want. Teams aim for continuous delivery. Teams schedule demos to show the features (not systems) they’ve finished and tested. And without you talking directly to the developers and attending the TeamSync and demos, you’re still playing a “telephone” game.

This is one more reason to RemoveProxiestoPeople.

How To Fail Spectacularly